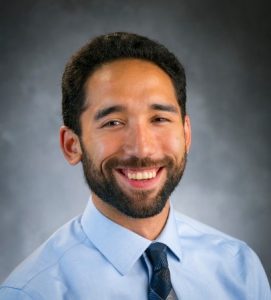 Stan Lubanski is a graduate student in the Quantitative Methods area. In 2013, he earned a BS in Psychology at Arizona State University. Now an advisee of Dr. Peter Steiner, he is funded through an IES project on evaluating the effectiveness of Iowa’s “Authentic Intellectual Work” (AIW) high school program.

Stan is interested in identifying the conditions where causal claims can be made (i.e., causal inference), especially randomized experiments and quasi-experimental designs. This has led to his current research, which concerns the impact of adding propensity score estimation to a quasi-experimental design, specifically, the effect it might have on the sampling variance of the treatment effect. His other interests include graphical models (directed acyclic graphs or “DAGs”) and philosophy of science.

This website uses cookies to improve your experience while you navigate through the website. Out of these, the cookies that are categorized as necessary are stored on your browser as they are essential for the working of basic functionalities of the website. We also use third-party cookies that help us analyze and understand how you use this website. These cookies will be stored in your browser only with your consent. You also have the option to opt-out of these cookies. But opting out of some of these cookies may affect your browsing experience.
Necessary Always Enabled

Any cookies that may not be particularly necessary for the website to function and is used specifically to collect user personal data via analytics, ads, other embedded contents are termed as non-necessary cookies. It is mandatory to procure user consent prior to running these cookies on your website.