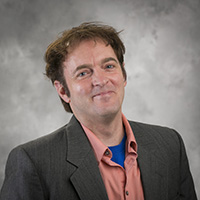 John is originally from Philadelphia, Pennsylvania. One of John’s primary loves is tennis, which earned him a partial athletic scholarship to LaSalle University.  A second love of John’s is history. He achieved a B.A. in European History from LaSalle and completed his study abroad in Medieval History at Wadham College, University of Oxford.  John’s first career was as a teacher of tennis at a youth training camp in Indianapolis, Indiana.  John returned to Philadelphia and earned a M.S. in Teacher Education from the University of Pennsylvania, which he followed with seven years of teaching Social Studies in the School District of Philadelphia.  John continued his love of learning by earning a M.A. in Liberal Arts from St. John’s College in Annapolis, Maryland.  Subsequently, he was Director of Education for six years at the Philadelphia non-profit Legacy Youth Tennis and Education, where he designed and oversaw educational enrichment programming.

John’s work in the in-school setting and in the out-of-school setting was exclusively with urban under-resourced youth and families and these experiences have greatly shaped his worldview and influenced his research interests.

John’s research examines the cognitive processes of preteens, adolescents, and young adults as they attempt to make meaning of the world they live in, from a constructivist epistemology, and a grounded and embodied cognition theoretical framework.  Currently, John is investigating the affordances that learning interventions based on embodied cognition provide people for grounding meaning with abstract mathematical symbol notation in deductive proof practices.  John is excited and grateful to be advised by Dr. Mitchell Nathan.